Engine Oil Volatility and ASTM D5800 - The Past, Present and Future

Volatility is described as how readily a petroleum product vaporizes. This has a critical impact on engine operation and longevity and is why volatility requirements are a key part of the engine oil specifications for lubricants. 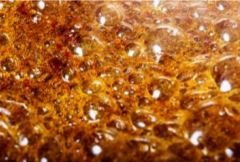 Concern about engine oil volatility has increased over the last decade as a result of three factors: the trend toward longer drain intervals, the use of lower viscosity engine oils to improve fuel efficiency, and the phosphorus that is independently volatilized from some anti-wear and antioxidant additives. Engine oil volatility ties strongly into drain intervals. Low volatility means less oil evaporates during operation. Higher volatility oils will lose more of their volume to the environment, which also results in greater emissions of air pollutants. Furthermore, over an extensive period of use, some volatile materials can poison the catalytic converter. Increased oil loss also poses an inconvenience to the motorists to have to top off between oil changes and also a threat to engines, especially if motorists check oil levels too infrequently.

The evaporation loss/volatility of engine oils becomes important whenever the oil is dispersed around one of the high temperature zones in the engine, such as the turbo-charger, cylinder walls, valves, and the under-crown and ring-belt area of the pistons. An oil with high volatility increases the volume of oil consumed by the engine, and the loss can change the oil’s effectiveness as a lubricant. The ASTM method D5800 Volatility by Noack was developed to calculate this loss. In the Noack test, as in an engine, volatility is highly dependent on the rate at which the volatilized material is carried away by the flow of air through the space above the oil. The Noack cup, with inlet venting and outlet tubing, simulates conditions in an engine. The rate of air flow is controlled by both a slight measured vacuum and the precise inlet vent dimensions. The loss in mass of the oil is determined by weighing before and after the test and calculating the percent loss. The lower the percentage the better, as this demonstrates resistance to oil volatility and thermal breakdown. The volatility limit for ILSAC GF-5 is 15%. ACEA and GM’s dexos® specify a maximum Noack volatility limit of 13%.

Over the years, several procedures using different instruments have been developed as part of this method. Each with their own set of challenges. With precision concerns and ongoing severity adjustments, it can be confusing for formulators to determine which method to use to meet the industry specifications.

For many years the technique developed by K. Noack in the 1930s has been applied to the determination of volatility and was the foundation for the development of the ASTM D5800 method in the mid-1990's. The technique was later assigned as Procedure A for D5800 testing. This technique used molten Wood's Metal -- a low- melting combination of bismuth, cadmium, tin and lead -- as a heat transfer fluid. However, Wood's Metal was recognized as toxic and a known carcinogen so new instruments were developed to eliminate its use. Procedure B Subsequently, in the late 1990s, manufacturers which previously made Wood's Metal Noack units redeveloped their own instruments without using Wood's Metal and ASTM D5800 Procedure B was born. One leading manufacturer used a temperature-controlling sensor immersed in the center of the oil, lending to the need for a lower temperature setting of the instrument. What seems to be a simple heat transfer process is actually complex and subject to several factors. These factors have led to differences in results requiring correction factors based on oil type for correlation back to the original Wood’s Metal, Procedure A results and severity adjustments within the Test Monitoring Center (TMC) Surveillance program. These correction factors and severity issues coupled with instrument calibration challenges have been a concern to many in the industry. There have been a number of attempts to improve the precision of the instruments running Procedure B and efforts continue.

In the early 1990s, prior to the inclusion of Procedure B, the Selby-Noack™ was developed by our sister company, Tannas Co. under the direction of Ted Selby, Founder of Savant Group. It became known as D5800, Procedure C. This equipment provided automatic temperature control with a noble-metal heater, ability to collect the volatilized material generated during the test, and tunable vacuum control for calibration to the lab environment. While the industry considers Procedure C to be equivalent to the original Procedure A technique, the Selby-Noack results differed slightly from Procedure B, which lead to further complexities for oil formulators in determining which D5800 procedure to use to meet specifications. For additional background information, a white paper written by Ted Selby is available for download in the Technical Paper Library page within the Savant Labs website. 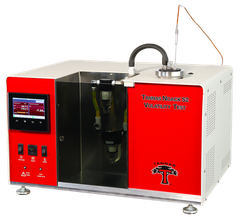 The industry needed an instrument that was more stable providing improved repeatability and reproducibility results and yet tunable to stay within TMC calibration. In 2017, Tannas Co. introduced the Noack S2™ in response to this need. The new enhancements include a preheated thermal well for consistent heat-up and to avoid long lag times, while maintaining the tune-ability of the equipment for calibration to the lab environment. This tune-ability provides improved accuracy and precision in day-to-day operations. The ASTM group responsible for the test conducted interlaboratory studies to demonstrate equivalence between the Noack S2™ and other instruments with no bias shown between Procedure B and D. Subsequently, the Noack S2™ instrument was included in the ASTM D5800 method as Procedure D in March of 2018.

For more details, an article was published in Fuels + Lubes Magazine on August 2, 2018 with contributions made by our Greg Miiller, Vice President of Manufacturing and Business Development, Savant Group.