For the last 50 years, the Savant Group has been an industry leader in developing, manufacturing, and implementing bench tests used to determine lubricating fluids' physical properties or performance characteristics. Two examples of several key industry bench tests developed and manufactured by Savant Group companies are the Thermo-Oxidation Engine Oil Simulation Tests (TEOST®) used to predict the deposit forming tendencies of internal combustion engines. The original turbocharger bench test, TEOST® 33C, was developed in the early 1990s to screen engine oils by their tendency to form coking deposits within the elevated temperature zones of the turbocharger. 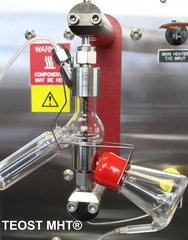 Following that, the TEOST MHT® test was developed with the objective of characterizing the tendency of engine oils to form deposits at moderately high temperatures, resulting in the correlation with deposits in the piston ring area.  Both of these TEOST® tests have been included in the various ILSAC GF-series engine oil specifications over the decades.

As engine designs have evolved, particularly turbochargers, the need for an additional modification to the TEOST® platform became evident. Engine design improvements have largely mitigated the high temperatures that drove the design of the 33C protocol, yet turbocharger deposits persist, so a lower temperature test was desirable. The TEOST Turbo® Test was then developed for this need.

The TEOST Turbo® Protocol
One of the primary goals of any bench test is to simulate field conditions accurately. This allows us to correlate test results with field data more easily. This was the most critical step in developing TEOST Turbo®. The Turbo protocol combines features of the 33C and MHT methods to better target conditions of updated turbocharger designs.

However, field reports have shown that redesigned turbos continue to form oxidative deposits at lower operating temperatures (around 290°C).

The TEOST Turbo® test operates at the same temperature (290-320°C) that modern turbos operate within. The resulting deposits that are formed are oxidative in nature.

Flow Path Geometry - Savant engineers had utilized a wire wound depositor rod with a top-down flow path when designing the TEOST MHT® method, which examines the oxidative deposit tendencies in the piston ring area of the engine. This allows for a thin film to form as the oil flows down over the heated depositor rod.

Volatile Retention - In the MHT test, any portion of the test oil that is volatilized is swept out of the system. There is significantly less headspace to allow volatilization within the turbocharger, so in the design of TEOST Turbo®, the volatile fraction is retained and recycled back to the reservoir. This improved correlation to field results. The revised heating mantle zone is shown in Figure 1.

Molybdenum Sensitivity - TEOST® 33C has a high sensitivity to Molybdenum, an additive used in some oil formulations. In some cases, this has yielded higher than expected deposit values when compared to engine sequence test data. During the development of TEOST Turbo®, this sensitivity to oils containing Molybdenum was not apparent.

TEOST® Test Comparisons
While there are some similarities between these three test protocols, the results and relative sensitivities to oil formulations are clearly different as exemplified by Figure 2, which shows comparative results for these three test methods on oils with field performance. 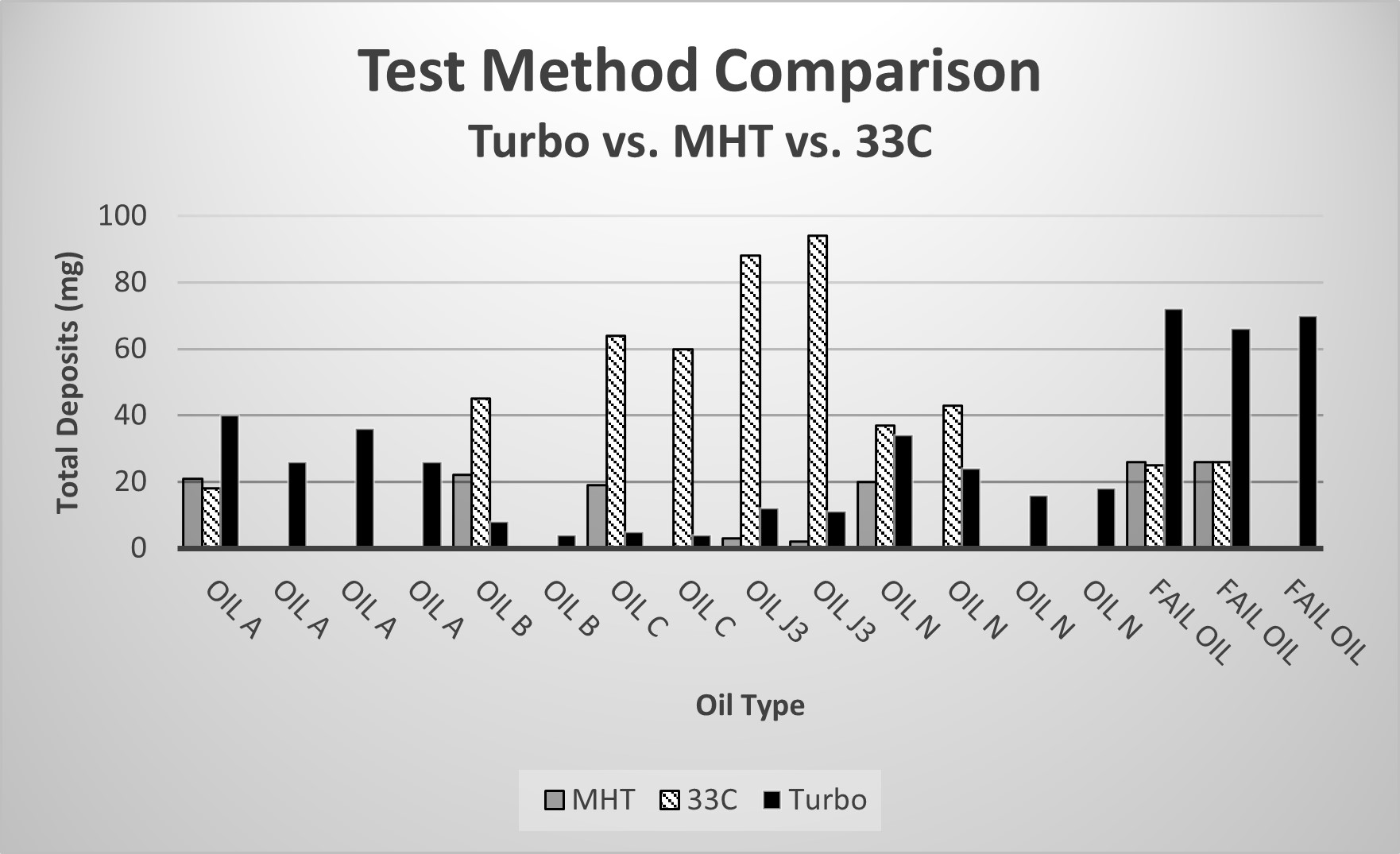 As shown in Figure 2, the Turbo method differentiates the pass/fail oils better while not condemning certain passing oils, such as the 33C method on Oils C and J3. The difference in response between the three methods is clear with selecting the most appropriate test protocol based on the application and specific concerns.

If high-temperature deposits are the concern, the 33C method remains the best choice. For lower temperature deposits that are more related to oxidation, the MHT method would be preferred for areas where volatiles are not likely to accumulate, and the Turbo method is preferred for areas where volatiles are more likely to be retained and participate in these undesirable reactions.

A summary of key test conditions is provided in Table 1.

An Interlaboratory Study (Round Robin) has been completed and the ASTM International has published the new method ASTM D8447 Turbo Charger Deposits by Thermo-Oxidation Engine Oil Simulation Test.


TEOST Turbo® Testing and Research Available Now
Contract testing of the new ASTM D8447 method is immediately available at Savant Labs to evaluate your engine oil formulations. In addition, the flexibility of the TEOST® test platform is a great research tool so if you have a specific application that falls outside these specific protocols, don’t hesitate to contact Savant Labs as we can assist with your research needs by further modifying a variety of test parameters. Contact us for more information.